February 19, 2018
If you have come to this post seeking noble inspiration, because you know that Rev. Edward Everett Hale was that wise soul who wrote, "I am only one, but I am one. I can't do everything, but I can do something..." and you seek some of the same -- well, keep on walking, Pilgrim. 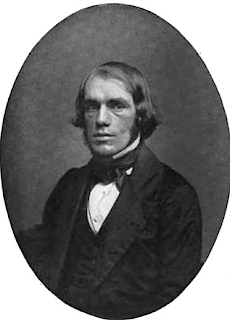 I love finding out that the noble and dignified were very much human, and funny, and gossipy, and the Rev. Hale is today's example of What, You Thought Your Generation Invented Snark?

Seriously, Dude could have fit in well on RuPaul's Drag Show and held his own while not holding his tongue.

In 1871, Hale wrote How to Do It, To which is Added, How to Live. It's public domain and you can get it for free. Oh, do. It's so delightfully catty.  Hale gives advice about the right conduct of one's life, and I have to confess, I found myself often thinking in response to his words, "Whoa, guy, that's RUDE," followed by a musing, "He's right, though ..."

He introduces the book by listing the names of 34 young people he's known. They make up a nice set, he writes, "None of them are too bright or too stupid, only one of them is really selfish, all but one or two are thoroughly sorry for their faults when they commit them, and all of them who are good for anything think of themselves very little." Really, how can you put down a book that begins as such, even if it were written in 1871?

He offers many bits of wisdom such as "Remember that a central rule for comfort in life is this, 'Nobody was ever written down an ass, except by himself.'"

Along with the snarkiness, I couldn't help but be reminded that certain things are timeless, it's only the method that changes. Like this advice Hale gives:


Talk To The Person Who Is Talking To You
This rule is constantly violated by fools and snobs. Now you might as well turn your head away when you shoot at a bird, or look over your shoulder when you have opened a new book,--instead of looking at the bird, or looking at the book,--as lapse into any of the habits of a man who pretends to talk to one person while he is listening to another, or watching another, or wondering about another.

If you really want to hear what Jo Gresham is saying to Alice Faulconbridge, when they are standing next you in the dance, say so to Will Withers, who is trying to talk with you. You can say pleasantly, "Mr. Withers, I want very much to overhear what Mr. Gresham is saying, and if you will keep still a minute, I think I can." Then Will Withers will know what to do. You will not be preoccupied, and perhaps you may be able to hear something you were not meant to know.

At this you are disgusted. You throw down the book at once, and say you will not read any more. You cannot think why this hateful man supposes that you would do anything so mean. Then why do you let Will Withers suppose so? All he can tell is what you show him. If you will listen while he speaks, so as to answer intelligently, and will then speak to him as if there were no other persons in the room, he will know fast enough that you are talking to him. But if you just say "yes," and "no," and "indeed," and "certainly," in that flabby, languid way in which some boys and girls I know pretend to talk sometimes, he will think that you are engaged in thinking of somebody else, or something else,--unless, indeed, he supposes that you are not thinking of anything, and that you hardly know what thinking is.

What? WHAT??? You mean rudeness predates the invention of the smartphone? Eureka, here Hale criticizes the 1871 version of Phubbing. There truly is nothing new under the sun.


Less snarky info on Hale can be found HERE and HERE.