Outrage Can Get Boring

May 01, 2018
I know someone whose "tell" that she's had a leeetle too much to drink is outrage. Not at the recipient, but on their behalf. Her friends all know it, and frankly, it just makes us giggle, because the outrage comes at things that deserve absolutely no outrage. "They served you GREEN BEANS with your steak???" she'll demand, heavy with the weight of the insult that has been placed upon you. And so that's our sign that we need start pushing water on her and stop offering to refill her glass of wine.

Outrage, without alcohol, can become a habit in and of itself. And we're living in a time where tv, radio shows, and websites profit from our outrage. They know it gives us a hit to the dopamine receptors, and so they stoke it like technological drug pushers. 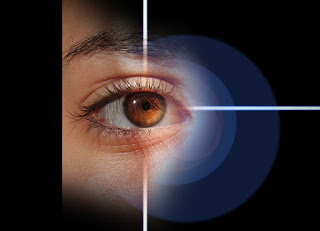 And we turn around after taking our hit, trying to get others to join us. Come on, you know you want some. Everyone's doing it. All the cool kids are absolutely outraged that X is doing Y to Z.

I suspect that many of us who might have had a bit of a propensity towards Outrage Addiction may have been cured this past year, because the opportunities for outrage were Every. Single. Damn. Day.  Being outraged all the time is tiring, y'all.

And frankly, it is a matter of diminishing returns. When someone who is normally cheery is outraged, man, it means something. People pay attention. Or that guy who is always so calm and measured. When he shows his outrage, you know it is time to hold the phone, because something bad is going down.

I learned this when I was a kid. I was 12 years old and I came into social studies, dramatically threw my books on my desk, and announced, "I'm mad!"

My calm friend Marla, who at 12 already had the maturity of a 60 year old schoolteacher who has seen everything and has no time for your nonsense, remarked, "Yeah, you're always mad."

I can still remember that feeling ... like WHOA! Hold the phone! I'm mad, but no one cares because I'm mad all the time! (It seriously was one of the big transformational moments in my life, no lie.)

So, we're learning to pick the hills we're willing to be outraged on. To pause, and consider that perhaps this might be a situation better served with a shrug, so as to save our outrage for the moments that need it.

Believe me, over the next few years, there will be moments that need it.