The Spectrum of Free Will vs. "Doomed to be Saved"

August 12, 2018
1n 1961, the Unitarians and Universalists consolidated, and a new religion was born.

We're still sorting out that marriage, figuring out the structural issues, cultural issues, and then there's theology. Much of Unitarianism and Universalism was co-mingled long before consolidation, but I think that the area where there's still deep dissent is found in where you place yourself on the spectrum of Free Will vs. Mandatory Universal Salvation.

It's a fun thing, because I have noticed that even the UUs who do not believe in a post-death heaven or hell can really get really het up about this. Even the atheists! It is a fun discussion, because either way, you're arguing for something good, you know? 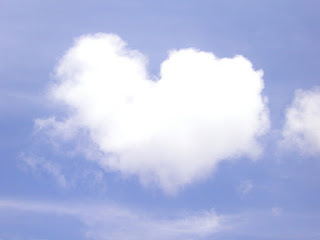 On one side, you've got the Free Will thinkers, who tend to align themselves more with the Unitarian side of our theological history. Because God is good, God would not make someone be saved (go to Heaven, be reunited with God, etc.) against their will.

On the other side are the "No, I mean LITERALLY Irresistible Universal Grace" folks who say that because God is good, God would not allow anyone to not be saved. They would be "dragged kicking and screaming into heaven" to quote Rev. Mark Morrison-Reed's wonderful sermon, himself quoting Rev. Rev. Gordon McKeeman. The Universalists.

Wait. Pause. Go watch this sermon if you haven't watched it before. Life-changing, for some of us.

And the arguments go back and forth, with no resolution except for those busy arguing their case. As it should be. Some arguments are too good, too powerful, to ever fully end.

And I am greatly oversimplifying to imply all Unitarians prioritized Free Will or that all Universalists prioritized Literally Irresistible Universal Grace. Frances Power Cobbe was a British Unitarian, who, in a sermon at Clerkenwell Unitarian Church in 1873 coined my new favorite term, "Doomed to be Saved."

"(As Matthew Davenport Hill) once said to me,'I believe in the aggressive power of love and kindness, and in the comparative weakness of every obstacle of evil or stubbornness which can be opposed thereto.' We do not think man's evil can, in the long run of the infinite ages, outspeed finally God's ever pursuing mercy. He must overtake us sooner or later...Every human soul is 'doomed to be saved,' destined by irrevocable divine love and mercy to be sooner or later, in this world or far off words to come, brought like the Prodigal to the Father's feet."   -- (from The Hopes of the Human Race: Hereafter and Here, Frances Power Cobbe)