“This view does not necessarily involve immediate optimism.”


UU’s are often familiar with James Luther Adams quote that:

“Liberalism holds that the resources (divine and human) that are available for the achievement of meaningful change justify an attitude of ultimate optimism.”

But they don’t always know that the next sentence is:

“This view does not necessarily involve immediate optimism.”

Last night, amazing, wonderful strides forward happened for our country.  We elected an openly gay governor, two Native American women, two Muslim women. So many firsts – youngest, first Black, first woman – in their area. And some of the removals were very important – the person who refused to issue marriage licenses for gay couples, the person who wrote the “bathroom bill.”  And now, on the national level, we have reason to believe that investigations and consequences can happen, as the House changed power. 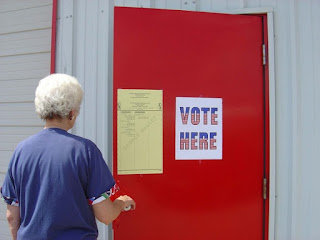 It was a very good night.

And yet, we’re disappointed, we liberals.

Of course we are.

Because as savvy and analytical as we are, there beats in our hearts that dream of the achievement of meaningful change. We read the news, studied the polls. For the most part, things happened as predicted.

But that heart beat, unperturbed, continued. We have seen so much fear. So much hate. And even at our most cynical, our insistence that yes, the arc of the universe does bend toward justice, yes, people do have inherent worth and dignity and if given the chance, will do good in the world … it causes our hearts to beat a bit wildly, optimistically. Maybe this will be the moment when the scales fall from all  eyes and all people begin working together to build Beloved Community!

We are disappointed, and it is right that we are. We hold the hope that people can be better – kinder, more mature, more just. Don’t push away the disappointment. Let it have its time. Take a rest before rebounding for the work must begin anew, as it always, always, always must.

We have an attitude of ultimate optimism. Hold on to that. Protect it. Do not allow cynicism to rob you of its power. It is the energy we need for tomorrow.

And accept … “This view does not necessarily involve immediate optimism.”