May 28, 2019
I've been studying Bowen systems theory for about seven years now and though there have been many epiphanies, there are two that stand out.

#2 Healthy Boundaries are about Self-Definition, not Self-Protection

When my mentor in systems theory presented me with this concept, I felt like staggering backwards. (Which would have been weird, since I was sitting in a comfortable chair.)

It was one of those moments where I somehow knew in my brain that this was theoretically correct, but I also knew I was going to have to sit with that for a while, in order to truly understand it. And sit  with it longer before I could truly begin living it out. 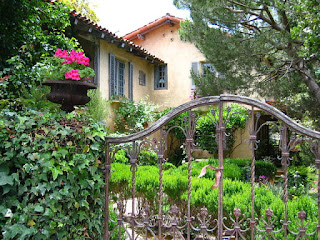 On the face of it, it's a pretty radical notion. Because the messages we hear all the time are about the need to have boundaries for one's protection. We need to feel safe, the logic goes, so we need to establish and maintain boundaries.

You know what the critical error is in that logic?

Rather than walls of a castle, think of the walls of a healthy cell, as Edwin H. Friedman does in A Failure of Nerve (1). Imagine you're that cell. Having a strong membrane means that you maintain your structural integrity - you stay YOU.

Boundaries are about self-definition, and self-definition is about ethical integrity. Your guiding principles are your promises to yourself about the person you are working to become. You commit to them. And thus, as a matter of integrity, you sometimes need to create boundaries so that you can keep your commitment.

Example: you create this guiding principle for yourself, for when dealing with family members:
I remove my presence when another person persists in using oppressive language.

So when Uncle Zeb starts talking about (insert bigoted term), I say, "Hey Uncle Zeb, we don't use that word anymore." When he says, "I'm going to say anything I want," I say, "Yes, you can do that, but I've committed myself to not condoning (racist/sexist/etc) language with my continued presence, so I will be leaving (the room/your house/etc.)."

And in this way, I am keeping my commitment to myself. I am being responsible for myself.

The primary job of maturity, in my opinion, is about learning to be responsible. As systems writer Jenny Brown calls it, "growing yourself up."

Learning to see boundaries not as self-protection, but as self-definition, is a way of stepping forward into becoming a stronger, more mature person, committed to an ethic of personal responsibility.

--
(1): "There is a way of understanding the self that leads to integrity and well-differentiated community rather than narcissism, isolation, and lack of feeling. It is to be found in the latest understanding of the immune system, which turns out to be far less connected to self-defense than to integrity...Up until the mid-1960s, immunity had been thought of primarily in terms of a system of defenses that the body mobilized against foreign invaders. This way of thinking goes back to microbiologists of the late nineteenth century, such as Pasteur and Ehrlich. More recently, however, the immune system has come to be seen primarily as the source of an organism’s integrity, developed out of the organism’s need to distinguish self from non-self." -- A Failure of Nerve, Friedman