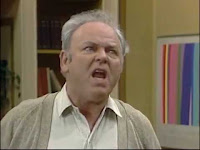 When "All in the Family" debuted, Archie Bunker was intended to be a straw man, a bigot that everyone would look at with ridicule. But instead, many people cheered him on.

In the "Avenger" movies, there is a character named Thanos who plots to make 1/2 of the universe disappear. Poof, gone. 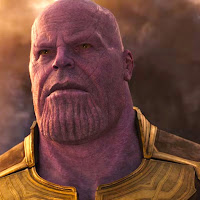 What is heartbreaking to face is that during this time of coronavirus, we have people who would cheer Thanos on, in the hopes that they would be the lucky ones left, and there would be more wealth and resources for them. (I guess these are the same people cheer for the religious idea that only a select group of people will get salvation.)

Some of these people are government leaders. And we must face head-on that for some of these leaders, the fact that the elderly, the poor, people of color, will die is, in their minds, "a feature, not a flaw" of the virus.

But there are more of us. When Ken Turnage II, chairman of the city planning commission of Antioch, said that “the sick, the old, the injured” should be left during the pandemic to meet their “natural course in nature,” his community was aghast and he was removed from office.

We must face the fact that there are those who hold the abhorrent view that there are people who consider others to be disposable, and we must question those with power to see if this is a view they hold. If they say that no, they do not believe that, demand proof: what are they doing that proves they believe every life is valuable?

No man is an island,
Entire of itself.
Each is a piece of the continent,
A part of the main.
If a clod be washed away by the sea,
Europe is the less.
As well as if a promontory were.
As well as if a manor of thine own
Or of thine friend's were.
Each man's death diminishes me,
For I am involved in mankind.
Therefore, send not to know
For whom the bell tolls,
It tolls for thee.