Could You Send Her for the Ammunition?

May 28, 2020
Let me preface by saying I know that not all people are comfortable with military/war metaphors, so feel free to either find a metaphor that works for you, or skip this altogether.

My dad, however, was a Korean war veteran who went to military college (that's what Texas A&M was in those days), originally stationed in artillery before being changed at the last minute to be a teacher in the corps of engineers. So some battle metaphors worked for him in explaining the world around him.

His highest compliment about a person's character was an affirmative answer to "but could you send them for the ammunition?" 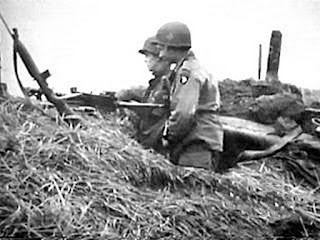 The metaphor is this: you are in battle, and it's not looking good. You've got a partner with you, and y'all are running out of ammunition. If you send this person back to get more ammunition, will they return? Or will they promise to return, but then run the opposite direction, sacrificing you in the process?

He and I would talk about this, in real-life terms. He'd admit that there are some people he's really liked - but he also knew that they were not someone he could send for the ammunition. And there were people who frankly, he didn't particularly enjoy spending time with ... but by gum, he knew that if they would return with the ammunition, no matter what. And people who fell somewhere along the spectrum, like the person who wouldn't return with the ammunition, but would be truthful about it before leaving.

It is a scary world we are living in, and has been a scary world for a very long time for those with black or brown skin, or economically vulnerable.

And so I think about what is it that I am called to do, to be the kind of person whom you could send for the ammunition.