The Benefits of Imagining You Were Shipwrecked

For the first month, you were in shock. And assumed it was temporary. There were novel things - crab everywhere! You arranged stones to say SOS on the beach. You made a fire, so the search plane could find you. You waited to be rescued. 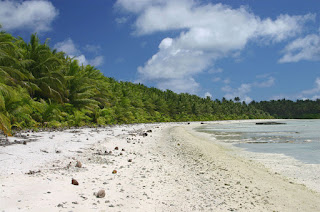 The second month, your hope for immediate rescue was ebbing. You began grieving. You thought of the ordinary things you had taken for granted. Your shock turned to denial. This couldn't really be happening. You have a golf tournament scheduled for the end of the month!

Third month, you began accepting that not only is this real, but it could be this way for quite a while. The makeshift shelter isn't ideal. There are probably better ways to store water than coconut shells. Maybe you could weave a hammock to sleep in.

As I wrote about last week, I don't believe the rescue plane is going to be coming for us anytime soon. There may be some waxing and waning over the next year, as we have lower risk phases where we can do more together, before going back to limited contact. But I don't think we're close enough to knowing what that will look like to make plans for that "mixed" reality.

I have spent so many days doing the educated equivalent of shaking a Magic 8 Ball. Did you ever have one of those as a kids? You asked it a question, gave it a shake, then read the message. And to be honest, if you didn't like the answer, you'd just keep asking the question and shaking the ball until you got the answer you wanted.

How many hours have I spent doing that? Reading articles, studying the models, trying to anticipate when this pandemic will end, and we can get back to normal? Hours and hours. And it's good to be informed, to seek out clear, science-informed knowledge. But beyond a certain point, I'm just shaking the Magic 8 Ball, hoping it will give me the answer I desire, that by this fall, everything will more or less be back to normal.

But that's not what the models are saying.

Perhaps it would be better for us to treat this more like the metaphor of the deserted island. So what do we do?

That's what I'll be writing about this week.