West, TX: If There is No Face of the Tragedy, is it Still a Tragedy?

April 20, 2013
There have been different theories as to why the tragedy in West, TX, has not engendered the same attention as did the tragedy in Boston, MA this week.

I think it was something far more basic: we are visual people, and we viscerally connect with pictures of other people. Quick, think of a picture of the Boston marathon bombing. The man with half a leg missing, being pushed in a wheelchair? The 78 year old runner knocked to the ground? The police, running toward the explosion?

Now, think of a picture of the West, TX explosion. The fireball? The cloud? The stripped-out apartments?

The lack of faces defining the explosion are, actually, perhaps the saddest part. Because when the fertilizer plant exploded, homes nearby were leveled. We simply don't know how many people died. We can count the bodies that are found. But for many, we will know of their deaths only by their absence. 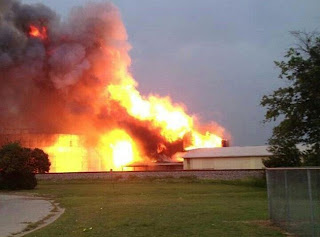