Sometimes, the most heartwrenching form of oppression is “common sense.”

Sometimes, the most heartwrenching form of oppression is “common sense.”

So-called “common sense.” Where there’s this unquestioned certainty that of course any right thinking person believes this …

For me, I can take raging vitriol. It reveals a discomfort the rager has. It tips their hand, shows their vulnerabilities. I can even feel sympathy for them. 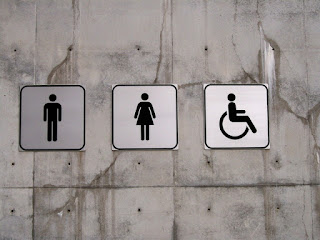 But that unquestioned acceptance, that assumption that all “normal” people think this one thing, and anyone who thinks differently is a freak – it just hits me down in the gut, you know?

I attended an evangelical seminary, and had some really great moments there. And then there were other moments. One that remains a scar happened one evening in my Ethics class. The professor, whom I really admired, was talking about homosexuality. He was being “tolerant,” I’m sure he thought. “Of course homosexuality is a sin,” he said, “But what about all the other sins? Why don’t we give them as much attention?”

He wasn’t being mean. I’m sure he thought he was being moderate, generous, even. He didn’t even question it. He thought we all agreed.

You crush me. I see posts from people I used to know, casually ridiculing the notion that every person has worth, deserves to be treated with dignity. Memes or propaganda posing as journalism is shared with a blithe indifference to the idea that this isn’t just a topic in the news, that real live people with crushable feelings and vulnerable bodies are in the crosshairs of the rhetoric.