Would you get someone out of hell if you could?

April 17, 2018
I watched Come Sunday with my family this weekend, the story of Bishop Carlton Pearson's epiphany of universal salvation, and the price he paid for being public about it. If you are a UU primarily interested in the story of Pearson's diminished community coming to All Souls Tulsa, that is another story, not covered by the movie. But the story, as it is, is very good, and focuses on the nature of God and grace.

There was one aspect of the movie that has stayed with me, probably because I've been wrestling with what this means for humanity for ... oh, about 25 years. And it's not about God, it's about people. And whether there is a dividing line between people that so impacts how we view the world, that it cannot be overcome. 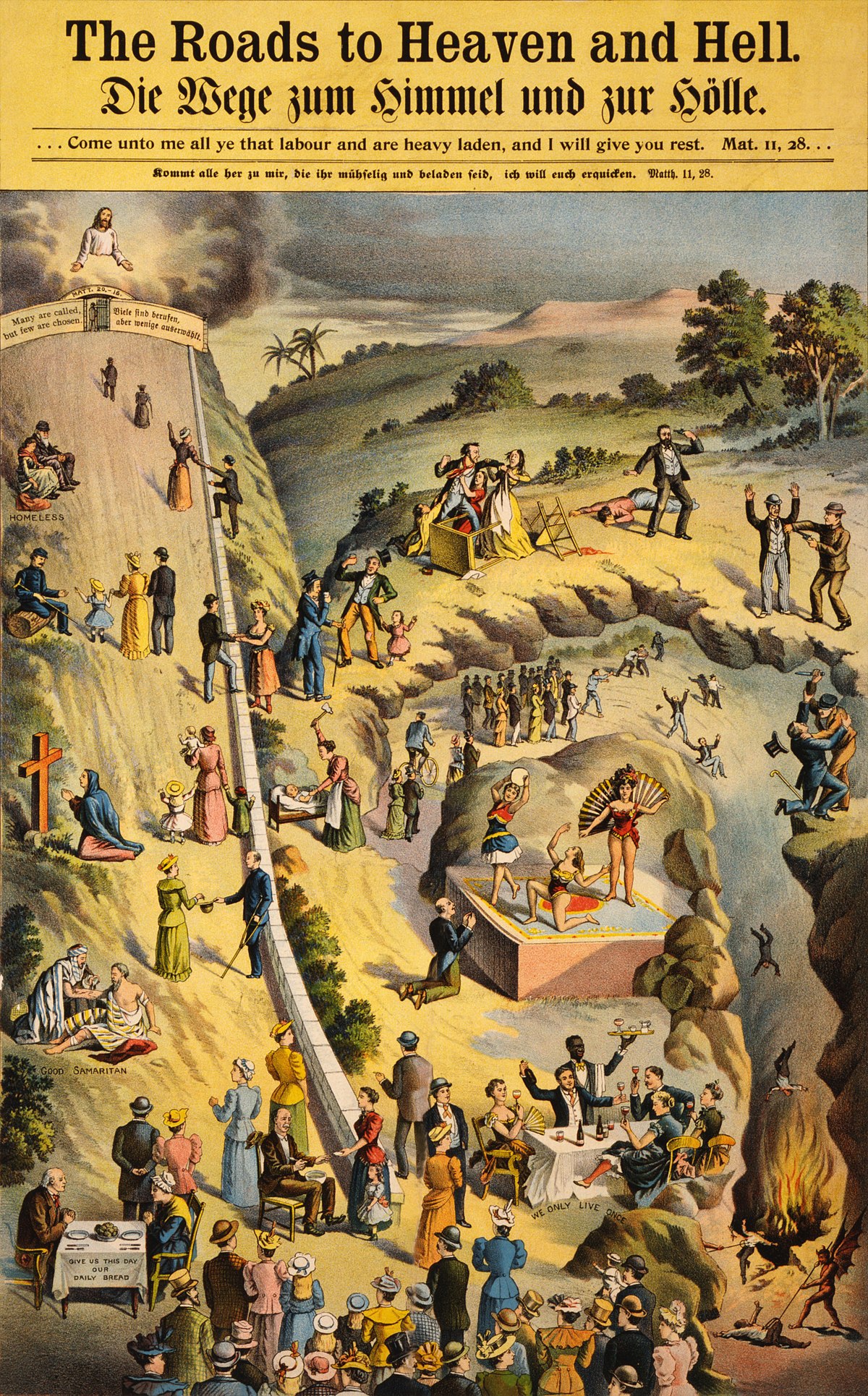 In about the middle of the movie, Pearson confronts other Pentecostal leaders at what amounts to a heresy trial. He asks Bishop Ellis to name someone he loved, who is now in Hell. The other man says, "My daddy." He says that he loved his father, but when Pearson asks if he would save him if he had the chance, Bishop Ellis replies, "I thank God that reprobate is in hell."

And this is the dividing line.

Not whether God would cast someone into eternal -- ETERNAL! -- torment, but whether we would.

On one side, those who say, No. No, I could not condemn a person to punishment without end.

On the other, those who say, Yes. Yes, I sure would send someone to eternal punishment.

This is not a new question. In the early 1800s, Friedrich Schleiermacher based his universalism, in part, on the simple idea that heaven just couldn't be heaven to the people there, if they knew others were eternally in hell, writing that there remains “an insoluble discord if, on the assumption of survival after death, we are to think of a part of the human race as entirely excluded from this fellowship.”[1] In his essay “Ueber die Lehre von der Erwählung,” he argues that for believers, their experience of salvation would be spoiled by the knowledge that others would be forever banned from the Kingdom[2] and if they, “themselves had lost their fellowfeeling (sic) for all human beings…an integral part of their own salvation would be lacking.”[3]

But Schleiermacher's view was not the norm. St. Thomas Aquinas, Martin Luther, Jonathan Edwards and so many said that part of the bliss of heaven was being able to look down and see the eternal torment of those hell.

This dividing line affects how we think about prison, about welfare, about war ... well, it shapes so much of our view of life and each other. And of course, it shapes our theology.

Because if you are glad, if you thank God, at the idea of someone tortured forever in hell, then how could you possibly be willing to support anything that would mean a better life for them now?

About 25 years ago, I got into an argument with someone I was close to. I don't remember the subject of the debate, but I deeply remember being shocked and saddened at the lack of compassion I was hearing from this person I loved.

My sister, trying to drill down and find common ground, asked us a foundational question. Imagine there was an apocalypse, and you thought yourself the last person on earth. But one day, you come round a corner, and there is another person. You're not alone! But this person is holding a giant rock over their head, potentially ready to end your life. If you had a gun, would you kill them?

I said no. He said yes. And no matter how we talked, we couldn't get past that.

When we get into our debates about guns, or police brutality, or access to abortion, or war, perhaps the first question should be:

Would you get someone out of hell if you could?