January 08, 2019
What is your conversion story? The time when you (probably metaphorically) walked down the aisle and committed yourself to the faith of Unitarian Universalism?

Yes, this is a faith of conversion, or should be. I hope that every person who considers themselves to be a Unitarian Universalist has had a moment -- moments! -- when they see a better way of being in the world, and commit themselves to that great task.

And then one day, you realize that you don't have to remain a UU. You can choose something else. Or you can simply walk away. Maybe you even do, for a time. 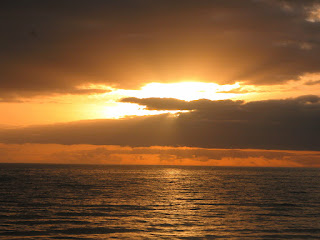 When were you born again? When did Unitarian Universalism become not just an inherited part of your identity, but a faith you chose, that you fell in love with? When did you see the high ideals of this faith and, breathless, feel in your heart that this was something you were called to live up to? When did it all connect, that there was wisdom here, and lofty goals, and that for you, this was your spiritual path, that Unitarian Universalism would be the method in which you would take strides toward becoming the person you wanted to be?

I am a born-again Unitarian Universalist.

My conversion story is not one earth-shaking clap of thunder, but key moments in my adult life. It was when as an adult, I became a member and joined a plucky fellowship trying to build a new congregation, and realized that this wasn't just who I was, it was something I wanted to do. And it was after an excruciating time, when everything I believed in was gone, completely gone, just dust and ashes, and I realized that still, I was a Unitarian Universalist, and it was in this faith that I could find my way back. I was born again listening to a sermon by Rev. Mark Morrison-Reed, talking about his own conversion experience into Universalism. My conversion story includes losing faith in institutions, and learning that institutions are made of people, and among the rubble, there were people rebuilding, not as it was before, but as it could be.

My conversion story includes me failing. Me not being who I should be. But knowing that I have a historic faith full of theology and stories that will give me the resilience to try again, always knowing that there is a vast ocean of love that will always forgive me, always lift me up, always expect me to rise again and be better.

I was, pretty much, born a Unitarian. I was taught its lessons, its stories, and they became part of me.

And I was born again as a Unitarian Universalist, as I chose this faith that continues to be part of my Becoming.